Elephanta Caves in Series: Within its breadth – The central shrine

Shiva or Śiva (Sanskrit: शिव, lit. “Auspicious one”) is one of the principal deities or a form of Ishvara (God) representing one of the three primary aspects of the Divine —Brahma, Vishnu, and Shiva — collectively as the Trimurti. In the Trimurti system, Brahma is the creator, Vishnu is the maintainer or preserver, and Shiva is the destroyer or transformer. (Source: http://veda.wikidot.com/shiva)

The five mantras that constitute Shiva’s body are Sadyojaata, Vaamadeva, Aghora, Tatpurusha and Eesaana. Eesaana is Shiva not visible to the human eye, Sadyojaata is Shiva realized in his basic reality (as in the element earth, in the sense of smell, in the power of procreation and in the mind). The Vishnudharmottara Purana of the 6th century CE assigns a face and an element to each of the above mantras: Sadyojaata – earth, Vaamadeva – water, Aghora – fire, Tatpurusha – air and Eesaana – space. (Source: http://veda.wikidot.com/shiva)

The central shrine is a free-standing square cell, with entrances on each of its sides. Each door is flanked by two dvarapalas (gate keepers).

The lingam is an abstract or aniconic representation of Shiva. The lingam is often represented alongside the yoni (Parvati).  The union of lingam and yoni represents the “indivisible two-in-oneness of male and female, the passive space and active time from which all life originates”.  (Source: https://en.wikipedia.org/wiki/Lingam)

Parvati is a goddess of fertility, love and devotion; as well as of divine strength and power; wife of god Shiva, she is the recreative energy and power of Shiva.  (Source: https://en.wikipedia.org/wiki/Parvati)

A common symbolism for her and her husband Shiva is in the form of yoni and linga respectively. In ancient literature, yoni means womb and place of gestation; the yoni-linga metaphor represents “origin, source or regenerative power”. The linga-yoni icon is widespread, found in Shaivite Hindu temples of South Asia and Southeast Asia. Often called Shivalinga, it almost always has both linga and the yoni. The icon represents the interdependence and union of feminine and masculine energies in recreation and regeneration of all life. In some temples and arts, the iconographic representation of sexuality, fertility and energies of Parvati and Shiva, is more explicit, where they are shown in various stages of their sexual form and union.(Source:https://www.templepurohit.com/hindu-goddesses-and-deities/goddess-parvati-hindu-goddesses-and-deities) 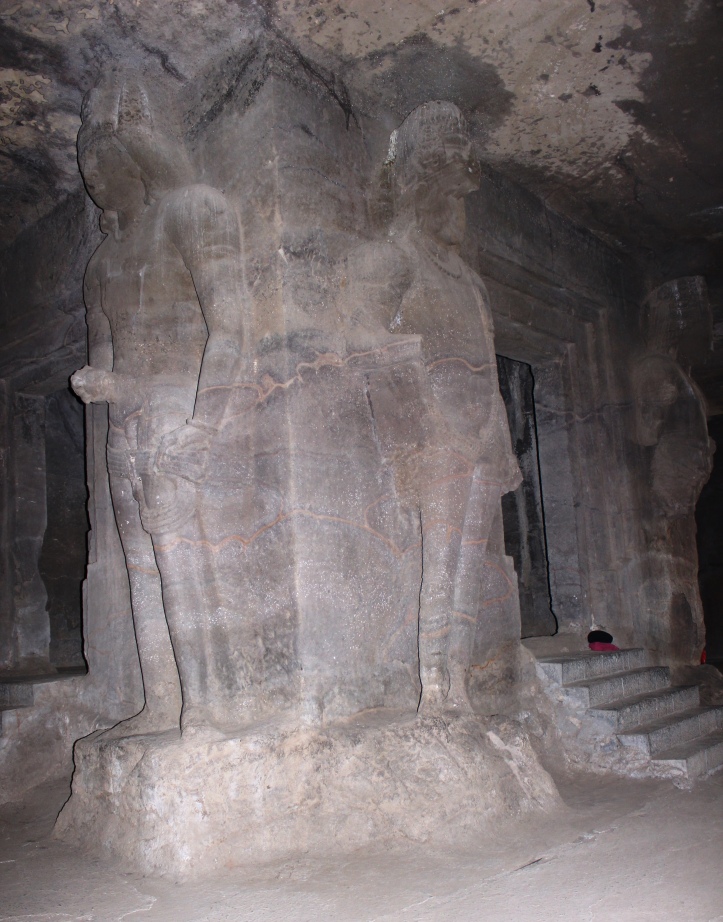 Next: Within its breadth  (Continued …)

You Are Here With

For Earthy flavoured Cabbage, I cooked Cabbage with …